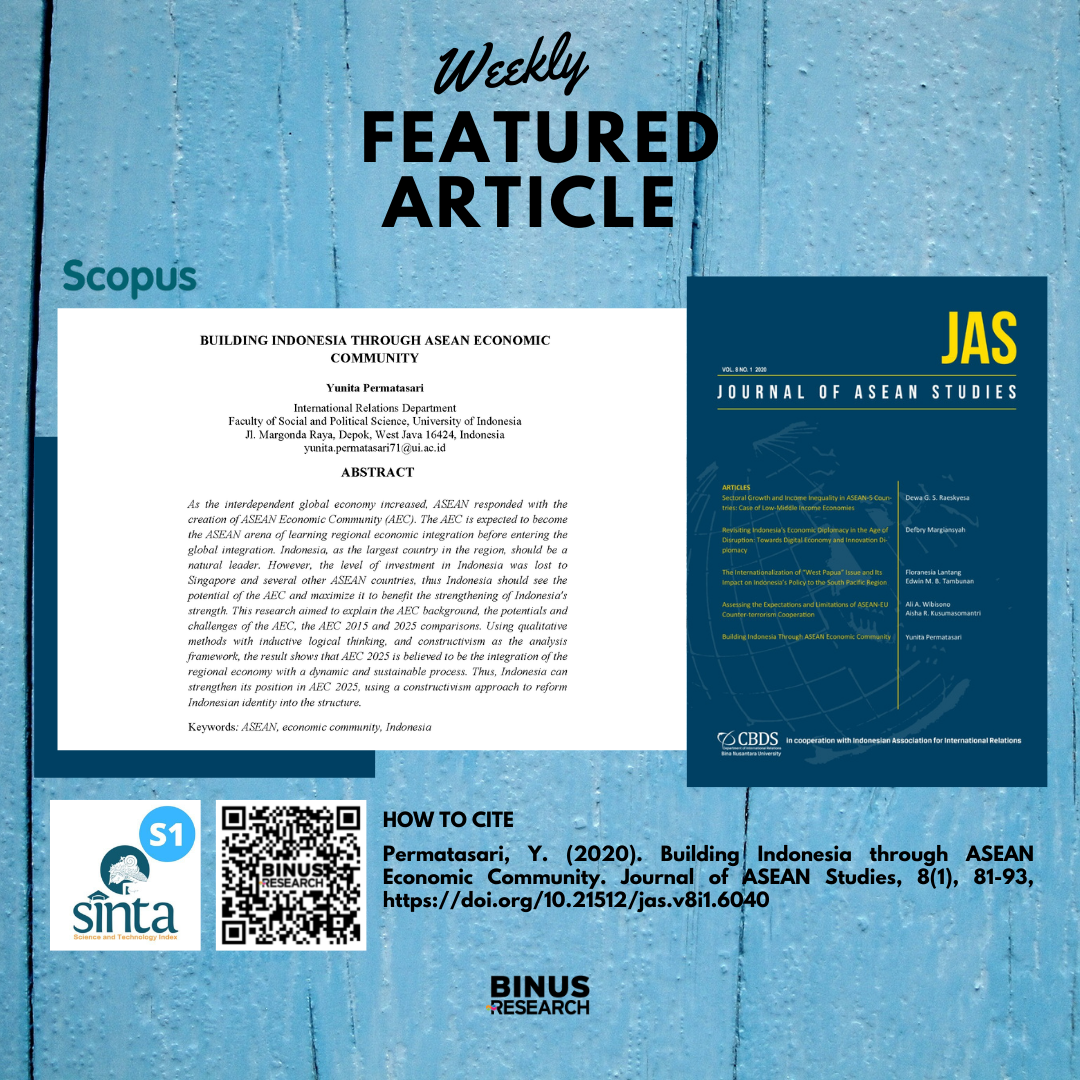 As the interdependent global economy increased, ASEAN responded with the creation of ASEAN Economic Community (AEC). The AEC is expected to become the ASEAN arena of learning regional economic integration before entering the global integration. Indonesia, as the largest country in the region, should be a natural leader. However, the level of investment in Indonesia was lost to Singapore and several other ASEAN countries, thus Indonesia should see the potential of the AEC and maximize it to benefit the strengthening of Indonesia’s strength. This research aimed to explain the AEC background, the potentials and challenges of the AEC, the AEC 2015 and 2025 comparisons. Using qualitative methods with inductive logical thinking, and constructivism as the analysis framework, the result shows that AEC 2025 is believed to be the integration of the regional economy with a dynamic and sustainable process. Thus, Indonesia can strengthen its position in AEC 2025, using a constructivism approach to reform Indonesian identity into the structure.

Scan the QR Code to read the article on website