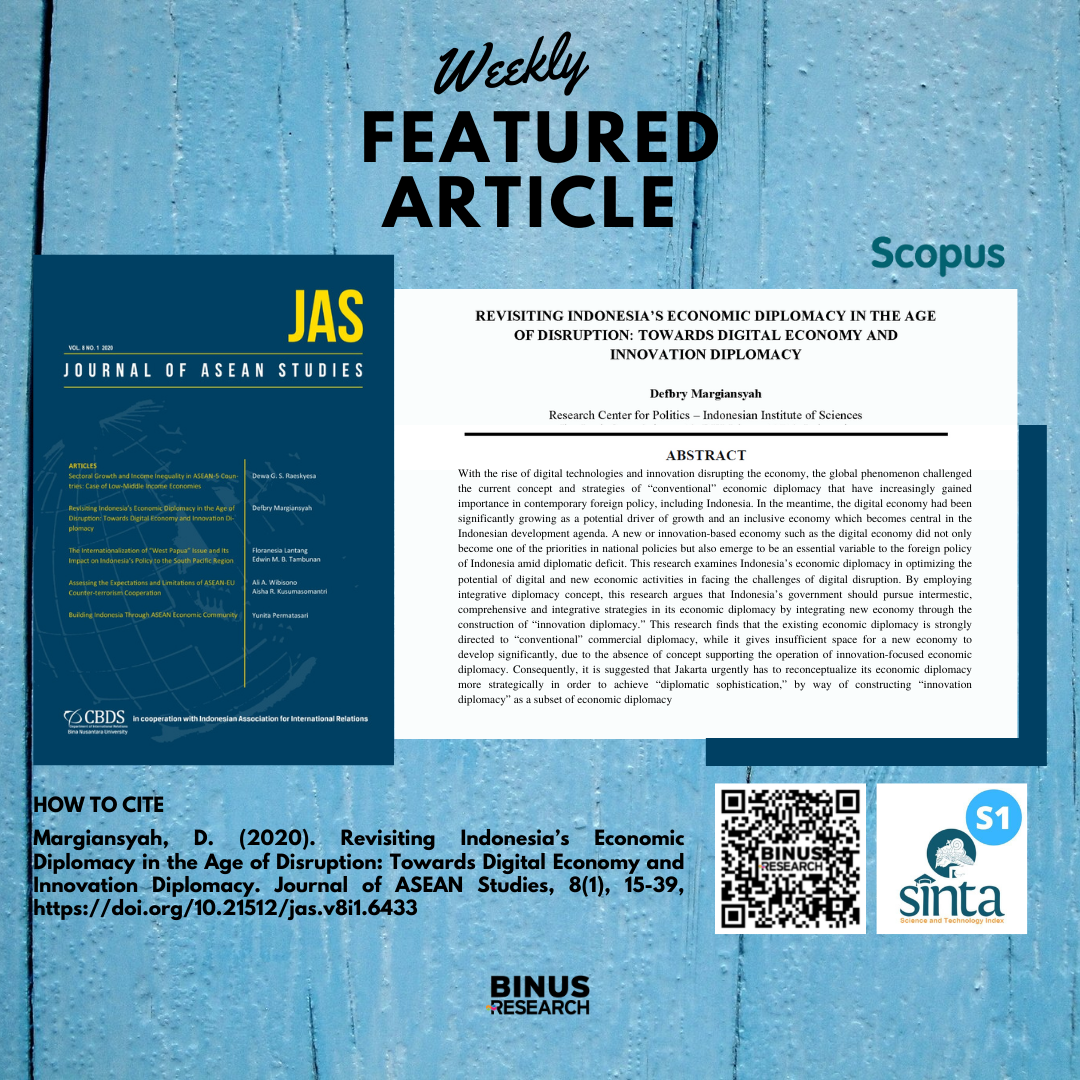 Revisiting Indonesia’s Economic Diplomacy in The Age of Disruption: Towards Digital Economy And Innovation Diplomacy

With the rise of digital technologies and innovation disrupting the economy, the global phenomenon challenged the current concept and strategies of “conventional” economic diplomacy that have increasingly gained importance in contemporary foreign policy, including Indonesia. In the meantime, the digital economy had been significantly growing as a potential driver of growth and an inclusive economy which becomes central in the Indonesian development agenda. A new or innovation-based economy such as the digital economy did not only become one of the priorities in national policies but also emerge to be an essential variable to the foreign policy of Indonesia amid diplomatic deficit. This research examines Indonesia’s economic diplomacy in optimizing the potential of digital and new economic activities in facing the challenges of digital disruption. By employing integrative diplomacy concept, this research argues that Indonesia’s government should pursue intermestic, comprehensive and integrative strategies in its economic diplomacy by integrating new economy through the construction of “innovation diplomacy.” This research finds that the existing economic diplomacy is strongly directed to “conventional” commercial diplomacy, while it gives insufficient space for a new economy to develop significantly, due to the absence of concept supporting the operation of innovation-focused economic diplomacy. Consequently, it is suggested that Jakarta urgently has to reconceptualize its economic diplomacy more strategically in order to achieve “diplomatic sophistication,” by way of constructing “innovation diplomacy” as a subset of economic diplomacy