StuntingDB Training for Health Officers and Officials in Serdang Bedagai The training, which was held virtually, was a preparation stage for the research collaboration between Dinas Kesehatan (Dinkes or Health Agency) of Serdang Bedagai, PT. Mega Medica Pharmaceuticals (PT. MMP), and BINUS University to cure children with stunting in Serdang Bedagai.

The training opened with an introduction of this collaboration by Dr. Bens Pardamean as Head of Bioinformatics & Data Science Research Center (BDSRC) representing BINUS University. The welcoming speech was followed by Mrs. Lia Simamora, representing the Head of the Dinkes Serdang Bedagai, then Mr. Sutristo Darmalim as the Director of PT. MMP, and Mr. Budi Sumalim from the Serdang Bedagai Development Acceleration Team. This two-day training was joined by more than 20 participants, including Dinkes officers, Puskesmas officers, and Midwives from Serdang Berdagai. 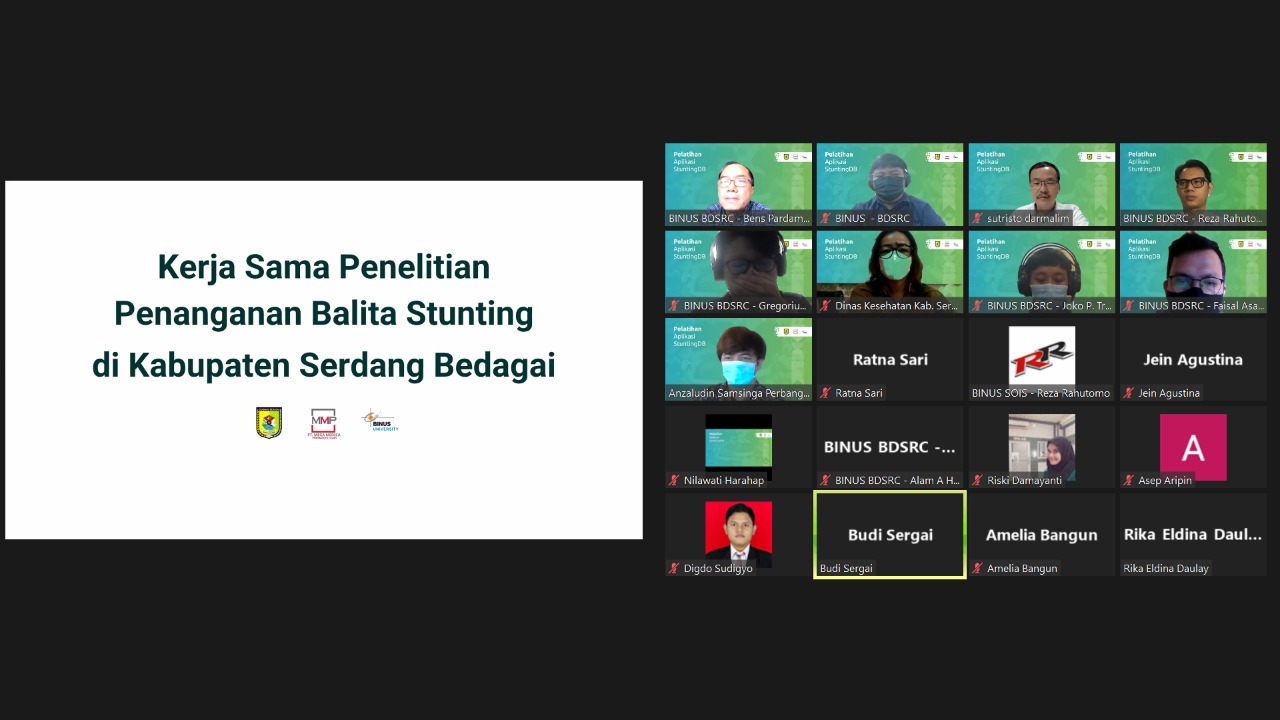 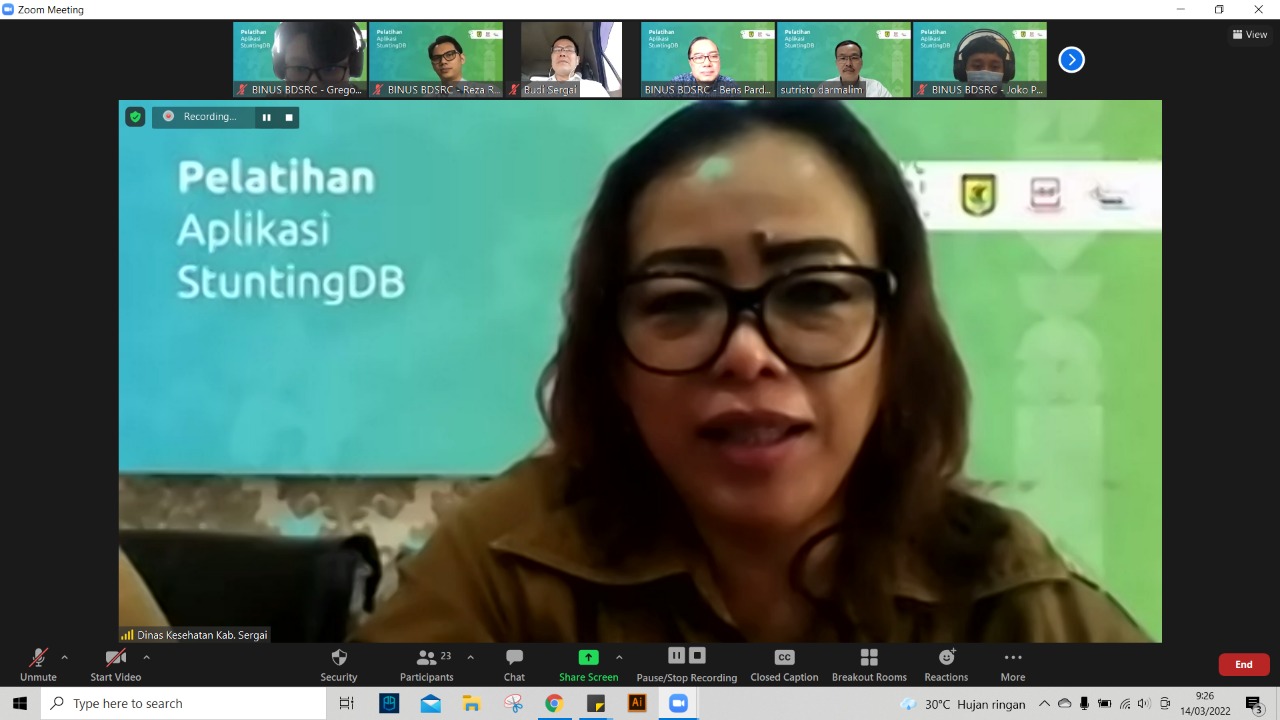 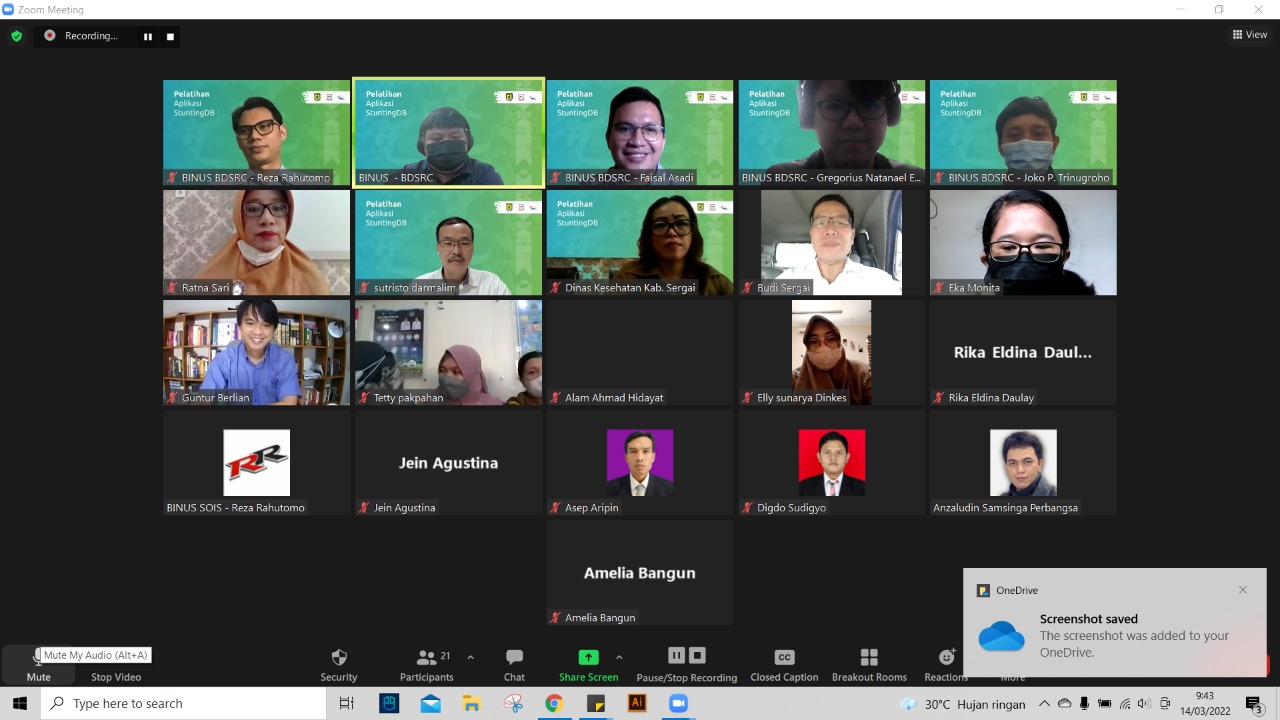 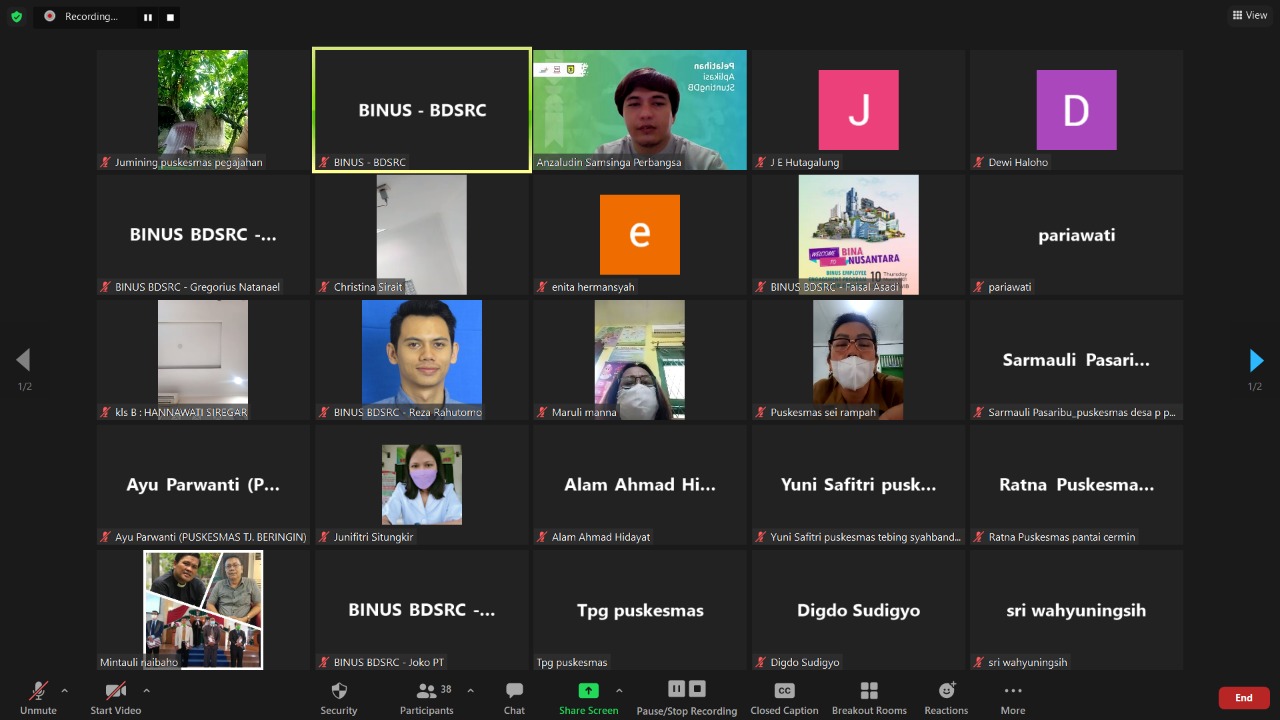 The first day started with the topic ‘StuntingDB usage training’. This session was guided by the lead developer himself: Reza Rahutomo who explained the features of StuntingDB which will be utilized by the officers during the research.

On the second day, the training was delivered by BDSRC Operation Section Head, Anzaludin Samsinga Perbangsa. Participants received additional training materials related to the operation and management of research data through Microsoft Excel or Google spreadsheets. This session aims to provide additional skills for officers who will later collect research data. 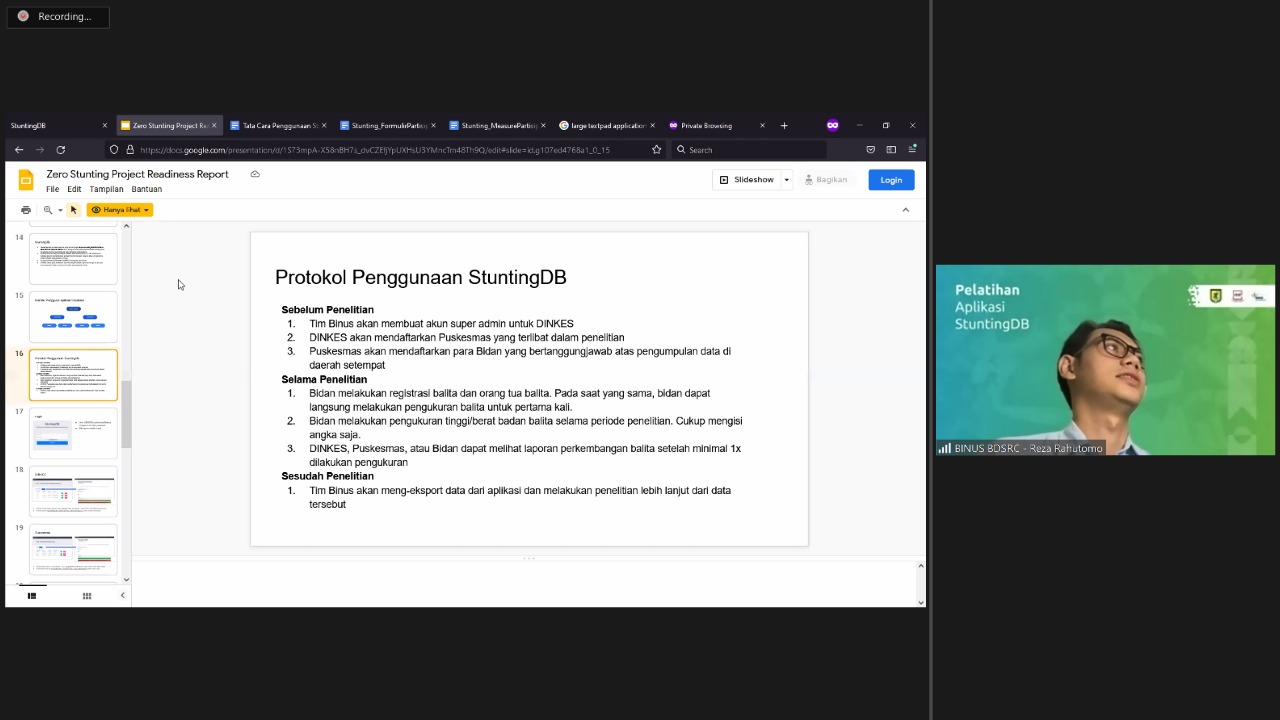 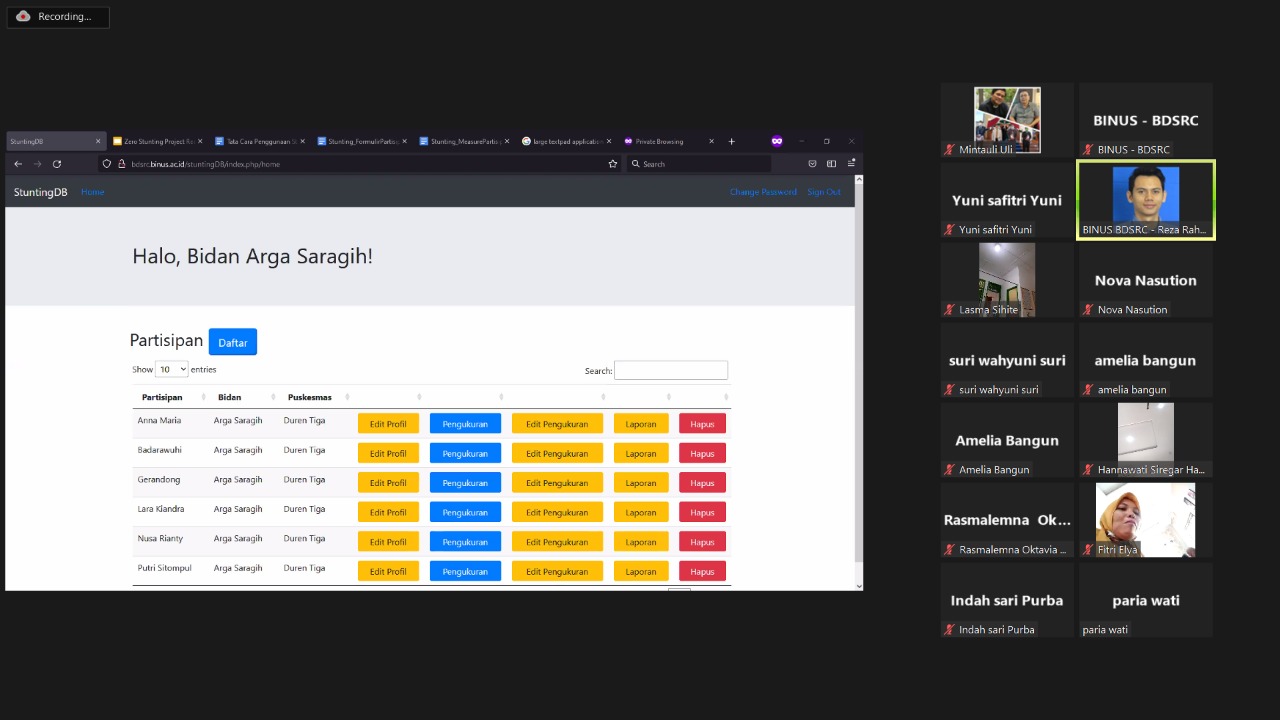